The fields of control and robotics are working hand-in-hand to development bipedal machines that can realize walking motions with the stability and agility of a human. This talk will show how model-based feedback control and optimization methods are enhancing the ability to achieve highly dynamic locomotion in bipedal robots and exoskeletons. The presentation will be amply illustrated with graphics and videos of our experiments to make the material accessible to a wide audience. Just for fun, a few equations will be thrown in! 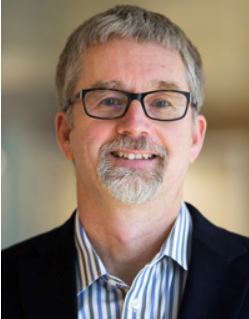 Jessy W. Grizzle received the Ph.D. in electrical engineering from The University of Texas at Austin in 1983 and in 1984 held an NSF-NATO Postdoctoral Fellowship in Science in Paris, France. Since September 1987, he has been with The University of Michigan, Ann Arbor, where he is the Elmer G Gilbert Distinguished University Professor and the Jerry and Carol Levin Professor of Engineering. He jointly holds sixteen patents dealing with emissions reduction in passenger vehicles through improved control system design. Professor Grizzle is a Fellow of the IEEE and of IFAC. He received the Paper of the Year Award from the IEEE Vehicular Technology Society in 1993, the George S. Axelby Award in 2002, the Control Systems Technology Award in 2003, the Bode Lecture Prize in 2012, and the IEEE Transactions on Control Systems Technology (TCST) Outstanding Paper Award in 2014. His work on bipedal locomotion has been the object of numerous plenary lectures and has been featured in The Economist, Wired Magazine, Discover Magazine, Scientific American, Popular Mechanics and several television programs. Since September 2016, he has been the Director of Michigan Robotics.  You can follow the construction of our beautiful new building